Project Zebra: Who sent you? Ma Beagle? Glomgold? Answer me! ►

Doing a periodic check-in via Google, I discovered both that Jerac has actually made some instructions available for sale for an upgraded version of his classic design and that someone else has taken them in some wildly successful sideways directions;

All of them beat my efforts into a cocked hat with details/proportions, although I don't see me scrapping those.

Seeing what Garry came up with made it seem like an excellent time to have a go with the digital building tools that are out there, and below's my first stab at it (done with the intention of getting to grips with the techniques used before building for real... yeah, let's see if that happens any time in this or the next calendar year). I went for a Mortis pattern Castraferrum this time, i.e. both arms the same and non-close-combat. 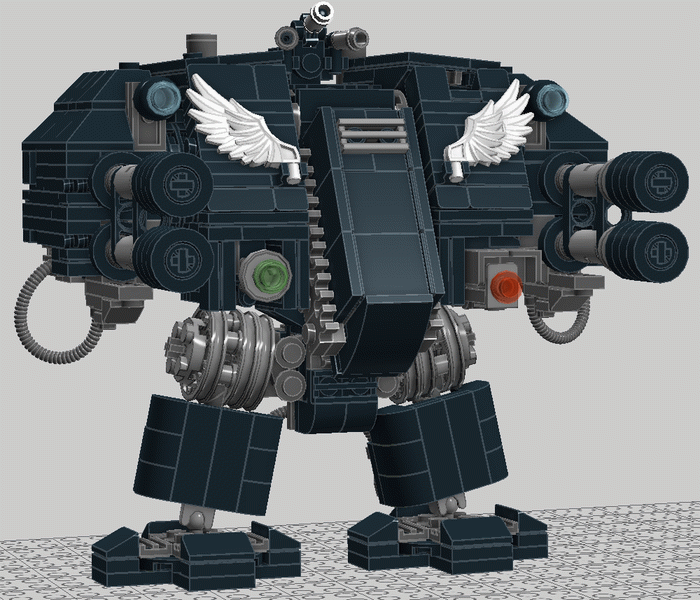 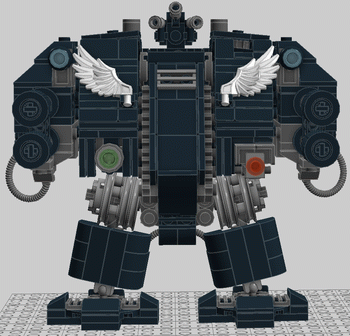 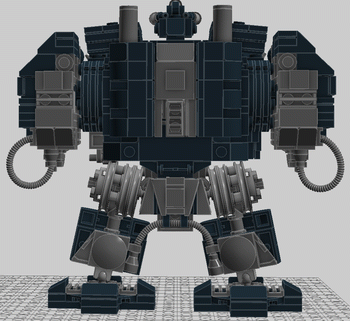 And here's the LXF although if you're into this sort of thing. Spot the bits that still need recolouring, and the use of the wrong technic pins. I strongly recommend getting Jerac's instructions for the logical progression and a variety of weapon load outs, a base design plus generally more creative parts usages; I wasn't trying to stick too closely to anything and took shortcuts with the legs particularly, where I don't particularly like any of the approaches I've seen or used, and was quickly trying to finish up.

Update: here's what it looks like built in bricks, with a few minor tweaks in the process. 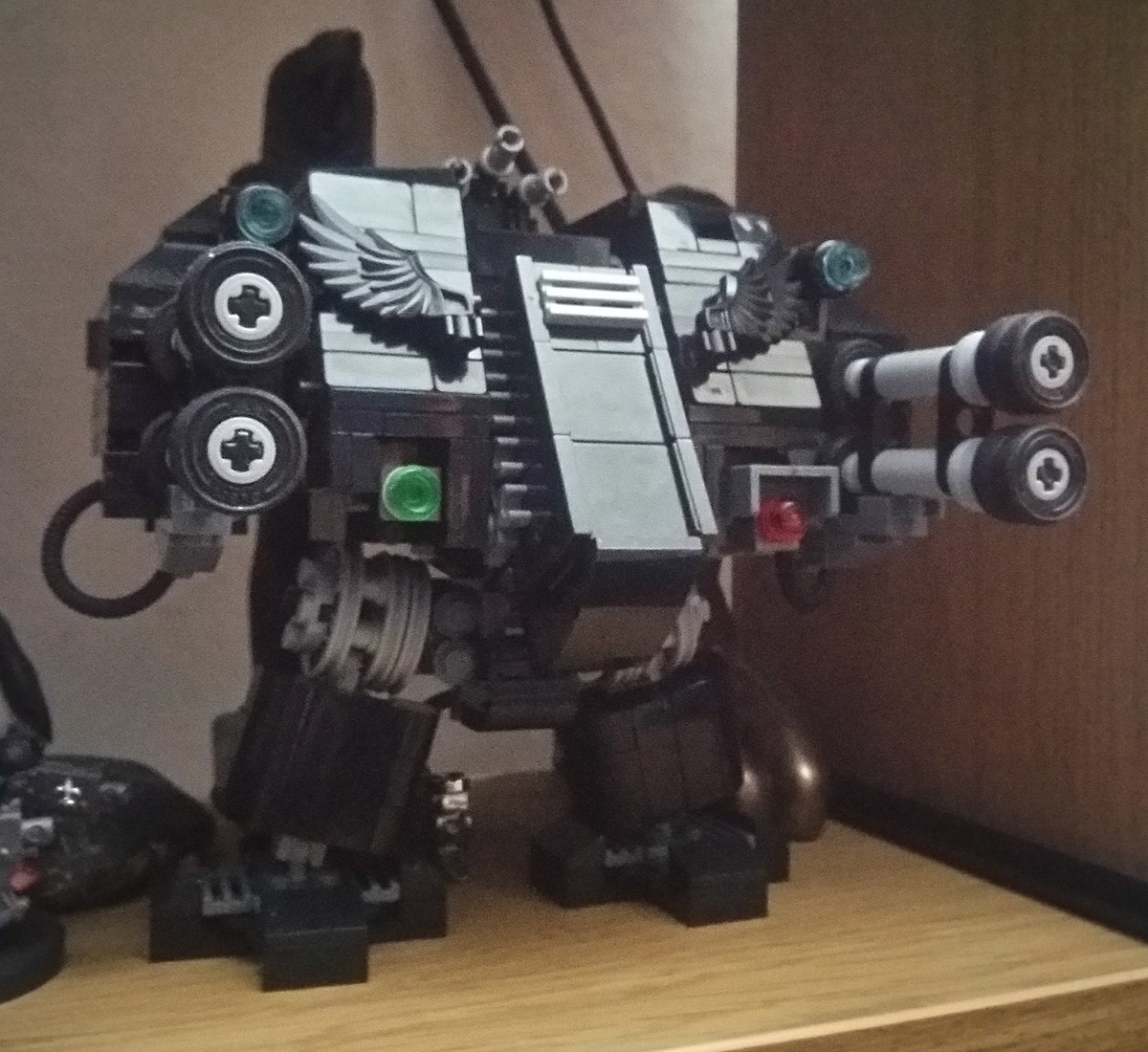 Technical stuff time... the LEGO Group officially discontinued development of LEGO Digital Designer as of 2016 and version 4.3.8, but further releases have appeared (presumably because LEGO employees like a good skunkworks and shadow IT project as much as anyone). Even further back, in 2011 it was possible to order the parts from a LDD design online automatically -- whereas nowadays the only option is third party marketplaces, which I'll mention later.

I downloaded the most recent release, LDD 4.3.12, from https://www.lego.com/en-us/ldd and it installs under Wine using PlayOnLinux just fine. But with that initial install I quickly ran into issues finding pieces... such as small ball and socket joints of the type used in mixel designs, which have been around since circa 2014:

Googling turned up screenshots of LDD and example builds from some years back including those pieces:

Both of these files are over 100Mb larger than the setupldd-pc-4_3_12.exe on the LEGO website at the moment. According to the 4.3.10 "About" dialogue its Brick Version is 2248, whereas the 4.3.12 one is only 777 -- so apparently it's much, much older. The 2248 set clearly has many different/separate categories, looking at the left pieces pane.

Wikipedia still lists 4.3.11 (a January 2018 release) as the most recent version -- https://en.wikipedia.org/wiki/Lego_Digital_Designer

So what happened? Clack suggests 4.3.12 was released to avoid packaging Flash ActiveX components which clash with Windows 10, but in the process TLG seem to package ancient brick definitions. If you're running LDD on Linux or older Windows you'll definitely want the last real release. And don't forget you can build in Extended mode for maximum flexibility, although this may mean you occasionally end up using bricks in colours that don't exist as actual LEGO.

LDD also won't let you do things that are strictly outside tolerance but real bricks can do, and has a mixed reputation for stability, but provided you're careful adjusting things and save frequently I haven't found either point particularly a problem.

I did consider other recommended digital building tools such as Stud.io from Bricklink and the web-based Mecabricks, but I found that keyboard shortcuts weren't working in the former -- which apparently can be a problem under Windows too -- and the latter was a bit too far removed from the simplicity of LDD... which is so easy to use I keep going to right-click on photos to try to rotate them in 3D.

Even if LDD gets no further parts updates, it's already very well-populated (in 4.3.11 at least). Where Stud.io may prove useful is in ordering real LEGO parts -- for example there are about 750 in the MOC I put together, and manually finding them all and adding them to orders with various sellers would be a bit of a chore.

Or there's this; http://www.nolberger.se/lego/wantedbricks/ courtesy of a mention on StackExchange.

Building digitally doesn't quite have the satisfaction of real LEGO, but it's easy to see why software developers are on board and why people like it (especially for prototyping).