More on LEGO space marine dreadnoughts, this time with LDD ►

◄ Project Zebra: I am not a messiah sent to you by the Dark Powers 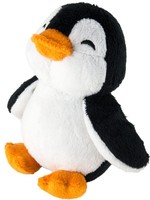 Ubuntu and its community flavours reached 19.10 on the 17th, and for Xubuntu that comes shortly after with a major release of its Xfce desktop environment. So without further ado...

Nothing was found on the last command, which given it was the day of release wasn't surprising. Adding the "-d" switch produced the desired effect, although this assumes the latest development release is the same as the current major release, so it's not something that should normally be used, own risk, blah blah blah.

Doing it via the command line makes it easier to diff files that setup wants to replace, and after doing so I accepted update of config files such as mime types (apart from Grub).

What I forgot to do, like a muppet, was disable Timeshift instead of just clear out old snapshots for space, so after upgrading and a night's sleep it merrily proceeded to fill the OS partition (the giveaway since this is a very quiet system being the pointer sticking due to the intensive file I/O). After nuking the snapshots (with pkexec nemo since I'm never particularly keen on rm commands) I uninstalled Timeshift. I back up config in Home separately, and never really bothered with snapshots under my previous OS, because reinstalling a system and applications (certainly day-to-day applications) isn't the end of the world and I have other devices/machines in a pinch.

A couple of other issues, which I can't categorically say weren't related to that goof, were:

2) LightDM was looping at login, preventing the desktop being reached. So I had to switch to console and restore ~/.Xauthority from a backup, which is a bit beyond the average user.

3) Needing to re-enable hibernation in /var/lib/polkit-1/localauthority/10-vendor.d/com.ubuntu.desktop.pkla

4) Needed to upgrade VirtualBox (which is heavily OS integrated) to run existing VMs.

After enabling hibernation, the hybrid sleep option also appeared in the Log Out dialogue. It took a couple of restarts until even 'hibernate' appeared in Power Manager, but that sorted itself out.

Hybrid sleep appears to work, and I didn't have to re-edit /etc/systemd/sleep.conf.d/hiber.conf to enforce 'shutdown' mode for hibernate and hybrid sleep. Hibernate+suspend is a big plus, meaning resuming will have no sluggishness (provided power hasn't been lost) since a suspend doesn't purge caches in the way hibernating does. I've duly switched my Super+F2 shortcut from "systemctl hibernate" to "systemctl hybrid-sleep" and will see how it goes.

Lastly I tidied up PPAs – the browsers had re-enabled themselves, sensibly, and the others left as a reminder are for Grub Customizer, FreeFileSync and uGet, none of which get updated routinely on this system.

Xfce 4.14 includes far more tuning, including vsync support in xfwm (which I think is enabled by default, and googling suggests is using glx mode with no option to disable in the GUI), HiDPI support (not an issue personally but important for new hardware) and other evolutionary steps. Reactions have largely been warm and it's good to see a swell of support for a no-nonsense traditional desktop environment.

Update: but it seems the days of Xfce differentiating from Gnome, Elementary, etc may be numbered. That's massively disappointing after a couple of decades of consistency in window management approach, and feels like a step backwards from eg Catfish recently moving to offer a non-headerbar interface option.

In wider news, Canonical tried to pull 32-bit libraries and go 64-bit only, triggering a lot of push-back from Steam and Wine users, before retreating on the point.

And in less happy news, another magazine has wound down; https://news.slashdot.org/story/19/08/08/1354211/linux-journal-ceases-publication

Commenters noted repetition of feature articles, and that past a certain level of experience there isn't anything to keep people reading in any magazine… plus new users are more likely to head for websites than print media, free vs paid, etc. The same challenges most magazines face. I definitely agree these are all issues with other magazines, whether focusing on entry level or not; after a year or two you've covered "switching from Windows", or backups, or building a media PC, or using a Raspberry Pi in any conceivable way with sensors, and other standard topics. It's hard to believe that any PC mags have stuck around, really, whereas at least Linux has niche interest and seems to support a fair number of magbooks.

I've switched off Vlevel in Foobar on the grounds that I usually listen to albums and/or over-compressed music now, so let's see how long it takes to notice a difference.

Ages before upgrading, Chromium 77.0.3865.75-0ubuntu0.19.04.3 broke completely for me and I had to revert to 76 to get any pages to not resolve to "aw snap" despite trying disabling extensions and swapping in a clean profile. A week or two later when I rebooted it had overridden the hold and fscked itself, so Chromium got uninstalled and I moved bookmarks to Chrome and made Firefox the browser that's actually signed in to a Google account. That's probably that, since Chromium will in future only officially be packaged for Ubuntu as a snap package, and philosophically snap/flatpak/other formats are one step away from running a VM for a specific application. It's earlier than expected, though, and a shame.

Addendum... I didn't notice that Thunderbird had updated, temporarily putting out of commission Lightning and Mailbox Alert. Even after updating the latter add-on to the latest version available, it seems non-functional.

So, focusing on what Thunderbird *can* do, which is play a sound file (which can be silence) when new mail arrives, we can use a monitoring script started at login, in my case /home/admech/.myscripts/watch_silent.sh

This was a quick hack job that'll almost certainly need debugging, and if you're trying similar don't forget to check that inotify-tools and yad are installed first.

There's also a bit of a gotcha, insofar as Thunderbird won't play a sound to indicate new mail if there are already messages starred as new in your inbox. Fetch mail again to clear existing stars.