Despite being formed by 3 ex-members of Murry The Hump the only thing that really got brought forward is that you can tell it's the same singer. If you're looking for the sort of guitar pop they used to do, you may be a bit disappointed – this is more influenced by folk and psychedelic rock, the latter not a genre I've dug into much.

Apparently there were label problems with the first album and its singles, which may explain the lack of mention of same on their current site. 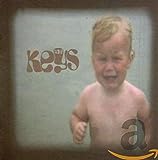 This shows off some range – there's the novelty of Strength of Strings and Gurl Next Door and the blissed-out drone of If Not For You and Love your Sons and Daughters. Not very cohesive, though.

For heavier and more polished material, check out the Le Mans EP.

More reviews when I get time.