Project Zebra: And when Fisto offers you a hand, boy, that's a big offer! ► 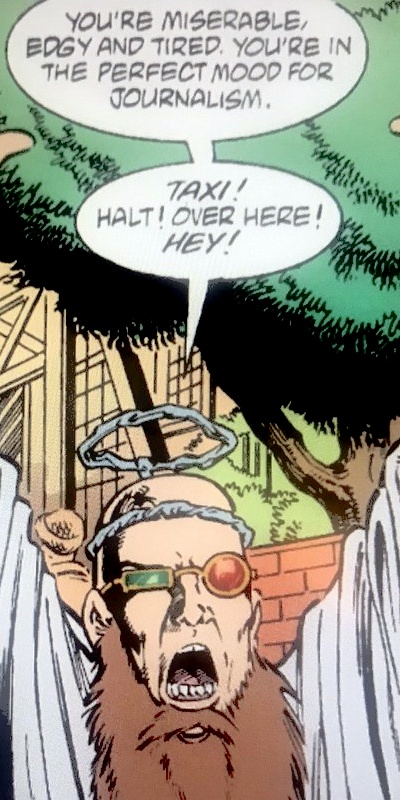 Okay, I know that many reports and write-ups have been negative about the initial release to customers of Windows 11, but wanted to see just how bad it is at the moment firsthand. My capsule review: shit and inconsistent. This isn't a 10-to-fix-8 or 'mostly harmless' situation. Things are only likely to get more sweary from this point, so buckle in. This is all first impressions verified during one session to the best of my ability and the closest I get to live-streaming reactions.

As a preamble, installing it in a virtual machine (or on a lot of real hardware) isn't entirely straightforward. Much has been written about Microsoft fellating PC manufacturer shareholders with the setting of unnecessary hardware requirements that exclude PCs more than a few years old. The same restrictions currently apply to virtualised environments. Fortunately, as everyone including Tom's Hardware points out, dedicated souls have already observed that the hardware restrictions are arbitrary and worked out how to bypass them for now by creating a custom ISO from Microsoft's downloads.

The installation currently doesn't work with VirtualBox so if you want to play along you'll need something like VMware Workstation Player. In my case, the installation got partway through and stopped at the typically helpful and descriptive Microsoft message "The computecor restarted unexpectedly or encountered an unexpected error" – to which the fix that worked was hitting Shift + F10 (to open a command prompt) and running RegEdit to modify HKLM\System\Setup\Status\ChildCompletion and modify the setup.exe DWORD to 3, then restarting.

I suggest not giving it a network connection if you can avoid it (i.e. if you just want to preview and gawk at the interface) unless you want to deal with potential activation issues on top of many others. A bare install, by the way, uses about 20GB. It's a good idea to install the VMware Tools in the new OS.

The taskbar isn't fit for the purpose of window management. It isn't movable, it's icons only, they're large icons, there are no application/document titles and application windows can't be ungrouped. Quick Launch no longer exists for pinning folders to the taskbar, and the whole thing seems to have been rewritten from scratch – possibly by children or a marketing department. If Microsoft was trying to recreate an early Android interface they've succeeded, but for anyone who needs a work PC astoundingly basic functionality is missing and it's staggering that a company whose bread and butter is Windows and Office would release this to existing customers. The centring of icons on it like a parody of a Mac dock is undo-able, but that's one of the few things that can be configured. It looks a bit like a 90s RiscPC iconbar, doesn't it?

In newspeak, the system tray (what everyone calls it despite Microsoft clinging onto "notification area" for far too long) is called the "taskbar corner" in Settings and there's no obvious option to show all icons in the "taskbar corner overflow". Having failed to kill it, an outcome which was a foregone conclusion because Microsoft appreciates the symbiotic relationship between backwards compatibility and money, they had to settle for making it worse.

A more fundamental issue is that due to mandatory grouping by application you don't know what documents are open, and their individual windows are hidden behind a Task View icon (or Win+Tab, or Shift + Alt + Tab for the old task switcher). How useful this is depends on if you open hardly any windows and don't care about the order they're presented in. Like in 10, Task View also allows you to define additional desktops, although the way applications interact with the virtual desktops is (as you might have guessed) shit and inconsistent, and if this mirrors the earlier implementation Microsoft Office is one of the worst culprits for this.

In short, and bearing in mind that IT staff will hate this as much as anyone with the slightest vestige of "power user" about them, plus it confusing the hell out of more basic ones who struggle when settings are moved around, there are enough obstacles from parts of the shell that everyone interacts with to put the mockers on early upgrading in most organisations (i.e. much before October 2025) and even then if nothing changes the same holding out that XP got in the face of Windows 10 could still be the case. Certainly if you add all of the other differences of 11, re-training is going to be a serious concern for corporate customers.

With Explorer, Microsoft seems to have abandoned the ribbon interface and all you get is a toolbar (no real menus) with the toolbar an unnecessary use of space padded for tablet use. It's one of at least four (count them) interface paradigms in the base operating system desktop environment. Whereas outlier apps like Paint have a ribbon, the bulk such as Notepad, Performance Monitor and Command Prompt (and most "real" apps) have the usual Windows 10 title bar (and menu where appropriate), and still clinging on with very few changes Calculator and Snip & Sketch have a metro type interface. Snipping Tool is still present despite having the same "this app is moving" marker as it did in Windows 10. There are rounded corners in a few places, which clash with everything everywhere else. Inconsistency is a huge theme to the extent it begins to feels weirdly more integrated because of the lack of professionalism rather than in spite of it. It's constantly apparent and emphasised that the shell is a different piece of software from other apps, which will feel very familiar for anyone who's tried a few Linux desktop environments or uses a range of apps that make use of different toolkits. Except that this supposedly a commercial product, so the pebble-dashing of multiple sans serif fonts across core applications is hard to excuse.

The Start Menu is limited but not as bad as some previous Microsoft attempts. I mean, they appear to have stolen the basic layout from KDE and it's unfinished, but it's got a search box, Pinned section, and Recommended section. The last one is a literal waste of space, you can turn off the things that display in it but it sits there as an empty gap. You can't drag shortcuts off the Start Menu to the Desktop, as many users will try to, but the Desktop is still a folder (again, suckling on that munificent teat of backwards compatibility). The problem there is that since a few releases of Windows ago the Start Menu doesn't behave like one, although the underlying folders still exist to support software installers. On the other hand, something that will break installers is that people have noted context menu integrations aren't surfaced in the "new" way of doing things.

The amount of unnecessary mouse travel having the taskbar locked to the bottom of the screen (whereas window close/max/etc icons are at the top right) is shocking. I'm not exaggerating when I say this will, directly or indirectly, increase personal injury claims against employers for RSI and it'll include me unless I set something up with keyboard shortcuts for everything or possibly come up with some alternative UIs You may see shell replacement type tools (such as Stardock ones) being swiftly approved or purchased if more configuration options aren't forthcoming when early adopters in management in orgs start crying murder.

Just as a reminder, although Windows still doesn't have a proper global keyboard shortcut manager, some very old Windows shell functionality makes it possible to assign keyboard shortcuts to shortcuts, so without installing additional software you can make eg Ctrl + Alt + letter map to your most used apps and have them within minimal finger travel – which for me will be things like Notepad++, Excel and SQL Server Management Studio. You can also use Ctrl + Shift + letter but those are more likely to clash with other applications. This lets you have eg Ctrl + Alt + T as a terminal window.

Icons are bland, unremarkable and retro, with nothing between normal/retro size and huge (aka "we had to make these for screens with high pixel density" size). The very light gray interface that isn't metro and isn't classic apps isn't too bad if you've got your brightness and contrast settings sensibly muted. Once you get back to #3A6EA5 behind them all it starts to feel a bit more like Windows, and the gray isn't dissimilar to KDE's Breeze theme (for normal apps you can set a title bar accent colour but this doesn't work in "new" style ones). However, the way the environment ends up mixing gradients, translucency and solid colours is a train wreck of design, and the sheer lack of configuration options is like Gnome far more than Windows usually is. Many of the options still exist despite active attempts to paper over them. For instance, Task Manager has been hidden from the taskbar right-click menu but is still in its alternative home, the right-click menu of the Start icon. Or you can use Ctrl + Shift + Esc, or Ctrl + Alt + Delete and choose Task Manager, because Windows is nothing if not legacy shit-ness and inconsistent-ness.

Whilst this bonfire of basic conveniences is going on, bizarre power user functions have been snuck in. As a fairly simple example, the Windows Terminal option on the start menu right-click menu can mix Powershell and Command Prompt tabs. Perhaps this accommodation is a nod to the way they're trying to drive users to text prompts with the childish rest of the interface. Similarly, Win+V hides a clipboard manager. Even things like showing drive letters by default shows that they recognise that most of their users aren't new to this whole thing even though incremental advancements are mixed with offensive levels of stupidity.

But the really unexpected one, one folk will boggle at if they ever encounter it, is that a division's pet project called Power Automate made the cut for inclusion.

It won't launch from the Start Menu without insisting on a network connection to update itself, so I'll come back to that one eventually. But it's clear that Microsoft divisions are at war with each other here, some of them Fisher Price fascists trying to cut bits off and neuter the interface with enforced oversimplification, and radicals who want to democratise coding and lead us into the Star Trek future.

The front page example they give is "you can extract prices from shopping websites, compare them, and store them to Excel spreadsheets by deploying some easy-to-configure actions."

Whilst taking away options from the f***ing taskbar. The cognitive dissonance is strong.

As a user experience, Windows 11 so far is as bad as Windows 8 for things that will make users who are bitten avoid it until something better comes along. The hardware restrictions on top of the sub-par user experience only reinforce this. Now we wait and see how much backlash they get over the next four years and whether Windows 12, or XII or whatever it's branded, is announced before then, because this is definitely one locked into the Vista (bad), 7 (okay), 8/8.1 (bad), 10 (okay) pattern. "Okay" in the sense that corporate customers can avoid some of the data slurping and extra-territorial password theft and ads and carry on using things they've been in an abusive relationship with for a quarter century if they pay enough for the privilege.

For a similar but more reflective take, I suggest The Register.