◄ The Raspberry Pi 400 looks like a nice hobby machine, doesn't it? 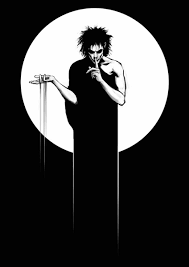 I took a month trial with Prime, not for the first time, but with a view to seeing what else could be spun out out of it apart from 'free' postage and quicker delivery. They're not your friend, the company avoids taxes, and the race-to-the-bottom includes unsustainable low per-item rates for parcel delivery contractors that often results in terrible service. I know. Don't @ me.

It's striking how Amazon has gamified online shopping with Prime… £5 off a spend of £25 if you explore Prime e-books. Another £5 off a spend of £20 if you order via the mobile app. Ebay have done the latter in the past as well, with more than one account I have. Plus the 1-click ordering thing would be even more insidious if it wasn't optional.

With a Prime trial, you can trial Audible with two free books. I opted for the new Sandman adaptation and Sherlock Holmes read by Stephen Fry. I also had Alan Moore's Jerusalem and Bernard Cribbins reading Womble Stories from previous offers that I haven't listened to yet either, after a number of years – things that exist in an online account somewhere in the 'cloud' usually get forgotten. To listen to books on any device, you could use OpenAudible to download (although I'm sure there are alternatives, I think you can download directly from the account), https://audible-tools.github.io/ to get the activation bytes needed to decrypt, and the AAXtoMP3 script to convert to individual chapters as MP3 so that files work on normal devices.

Two of those "books" are collections with 60 and 70 hours in them, which will probably take me a year plus to go through when I get around to it – listening to a story isn't like having panel shows on as background noise. I can't help feeling that a subscription model for audio books probably doesn't suit many people. On the other hand, the RRP for Sandman is £28, so how many people aren't going to subscribe for a month to get it for £8 before cancelling again? What do creators get paid, and does Amazon subsidise the more expensive titles in its one credit = one book model?

I'm not going to link The Sun, but when you google how to cancel an Audible membership one of the top results is it suggesting that you can often get half-price subs when pausing or cancelling. The thing is, even if that offer was made, I've no idea what else I'd prefer to listen to rather than skim read, and if an audio book exists the chances are I don't like the reader. Specifically, I have difficulty with non-English accents for fiction as it's too far from voices I hear when I read, and it often doesn't suit fantasy or sci-fi settings to have dialogue tied to real-world accents (eg John Pruden reading Spellstorm). Paul Michael reading Night Watch doesn't convince me he'd read it or was interested in it before the assignment. Peter Kenny reading The Culture is too slow and overly expressive judging by Excession. Reading not being fast enough or natural enough is particularly grating.

I don't hate everything on those criteria - Marc Vietor reading Doc Savage isn't a bad fit, the characters being American. Conversely, Tom Hodgkins is a good reader but in my opinion doesn't suit a narrative from the point of view of Sebastian Moran in Professor Moriarty: The Hound of the D'Urbervilles. Stephen Perring and others reading Ciaphis Cain stories are pretty good, if again prone to overly emphatic enunciation (being Wodehouse in space, this kind of fits).

Don't get me wrong, the right reader for a story elevates it. Spoken word is a fine tradition. I love David Warner's The Club Dumas (which I think was the first Audible trial I had when it started, funnily enough). I know there are Leo McKern readings of Rumpole because they're on YouTube, and he's the definitive actor, so given the choice between 1983 Listen For Pleasure readings selected and abridged for cassette running times and someone else taking the role there's no choice. I find most Big Finish tie-ins with Doctor Who at least passable, enough to own half a dozen or so (the writing tends to be what lets them down). And there are quite a lot of people with whom I'd enjoy almost anything they read, particularly biography – it's not that I don't like audio. But I am a lot fussier than with print, even with price and availability of second-hand copies out of the equation. Performance and story are very different things and it crosses my mind to consider experiencing a story for the first time in audio only if there isn't a book, with odd exceptions like Jerusalem.

Random segue inspired by someone commenting that they went on a page for a book and it reminded them that they ordered it years earlier. I'm fairly sure the first thing I ordered was a 1993 Roc anniversary tie-in edition of Bored of the Rings, first year of university, but the Amazon order history seems to only goes back as far as 2001. When someone lent me a copy at school there was no expectation of ever seeing another copy again, and at the time it was so amazing to be able to find out that things had been reprinted somewhere and import them. Likewise when eBay became a thing and effectively took over from bric-a-brac and used record high street shops. Now, all of it's like the experience of being a book-lover in Hay-on-Wye with the internet being a thing. A heady invite to drink in the familiar, sure, but most of it stays on the shelf. Did you ever have dreams about being in places selling rare things at nominal prices? I'm not sure that's part of the shared experience in the developed world any more. Things can still be rare, and things can still be obscure, but much less of either.