Dan. Still single at the time of writing if anyone's interested. 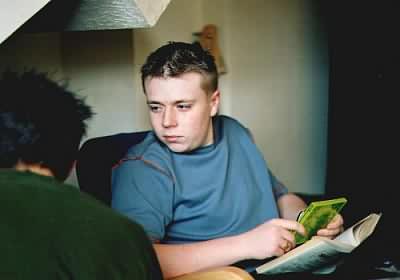 Mark in front of the 24hr Spar, source of late-night flapjacks. 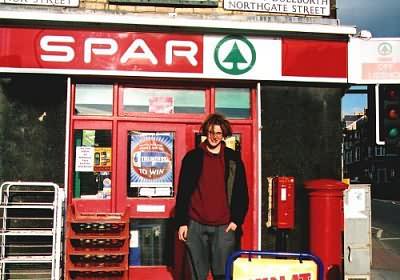 Fraisia in the train station. 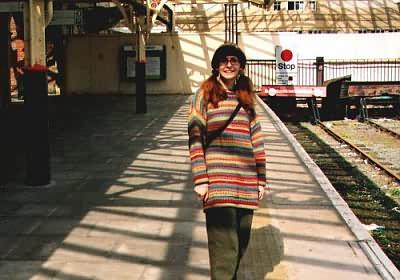 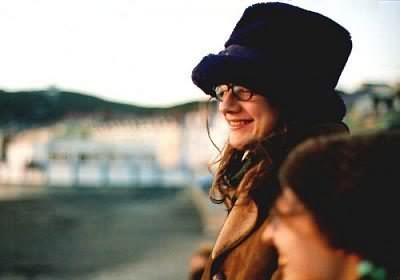 Mark and Pete pretend to be interested in culture. Or something. 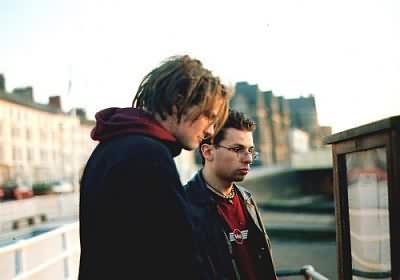 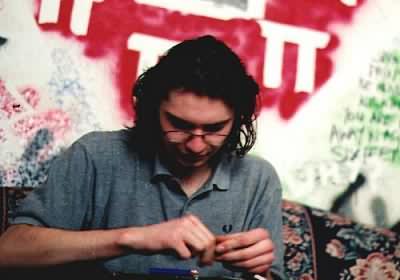 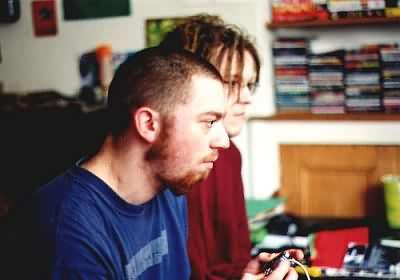 Lou, realising that the aliens might not be so friendly. 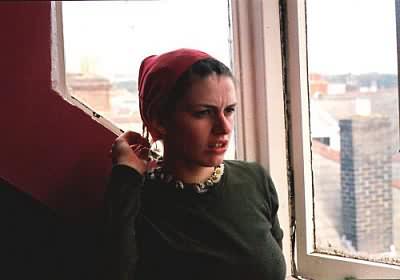 Mr Pete and Mr Mark relax before their killing spree. 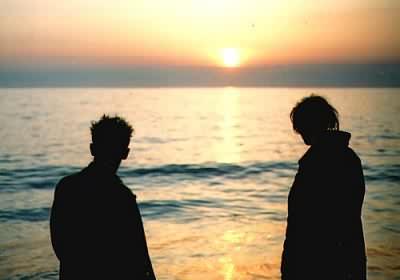 Ed, as seen through the medium of a Steven Spielberg movie. 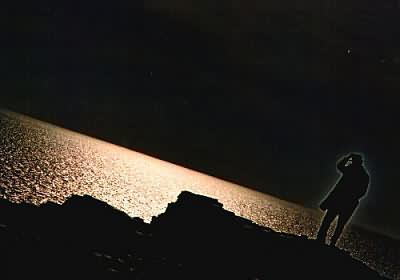 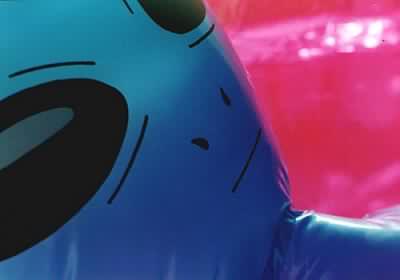 What really makes it all worthwhile is the company , so I shall start by introducing the beautiful people... the habitual denizens of 44 Portland St... collective motto: "Well, It Seemed Like A Good Idea At The Time..."

PETE
Long-time best mate. Gifted in the art of hitting things with pieces of wood, a staunch supporter of viewing reality through a variety of filters, witty, erudite and almost unfailingly affable. The yard-stick by which group sanity may be measured.

LISA
Didn't live with us initially, but was around the flat far more than Gaz even before she got together with Pete. Lovely person with a wide range of good tastes; continually amazes with a positive nature that mitigates the rest of our crummy species.

GAZ
Absentee flatmate, although if my other-half lived close in a nearby sea-view house I wouldn't have hung around for long either. Gaz is a sort of self-professed father figure to us all, and his preferred method of diplomacy is heavy explosives.

DAN
As previously, token Welsh flatmate and seemingly confirmed bachelor. Also seemingly incapable of washing up or locating a bin even when sober, yet somehow able to avoid repercussions through use of his 12yr old charm and natural flair for avoiding responsibility.

JEZ
Stalwart gig organiser and all-round lovable crazy guy; possessor of a manic giggle that would make anyone question their sanity. Words don't really adequately express the totality that is Jez, you'd have to meet him for the full implications to sink in.

LOU
Seems like a very groovy person. ("I don't know half of you as well as I should like; and I like less than half of you half as well as you deserve." --Tolkien.) Came to visit Lisa and decided to stay, worryingly seems to be on many of the same wavelengths as Jez.

MARK
Lanky, dread-locked lead singer (or other suitable adjective) of the Grubby Adipose Flange, matches Jez's drumming with a hoarsely seductive rasp sure to appeal to fans of both genders. Also a true connoisseur of the best the net has to offer.

KAREN
Sunny-natured tea-maker also worthy of the Tolkien quote above, although in a few weeks of flat life she wrought many positive changes upon it and its inhabitants. Likely to be the guiding force behind the new house not becoming a similar slum.

LAURA
In my opinion, Gaz shares with Pete a considerable knack of attracting interesting members of the opposite sex. An ever-smiling paragon of tolerance and kindred spirit; kindly puts up with my incessant whinging about our shared English modules.

JOHNNY
A dude I will always remember as being a constant amongst those who invariably staggered from our living room every morning for the first few weeks of term. Subsequently revealed a charming personality of never-wavering fluffy loveliness.

ANTONY & FRAISIA
The bearer of the furry hat and his equally fluffy good lady; manage like our other pairings to strike the perfect balance between functioning as a couple and as autonomous individuals, only they've been doing it for longer. Respect and kudos.

DENYER
Ack, form your own conclusions...

Honourable mentions to less-frequent attendees such as Rob, Kate, Anna, Vyki, James, Anna, Daniella, Luke, Benji, Phil, Gemma, Pol and others, people who never seemed like hangers-on. I apologise for my poor recall of your importance in the skein of flat life, and would like to plead over-caffeination, lack of sleep, periodic drunkenness and general incompetence in my defense.

Soundtrack of the year:

Here we have Gaz... he doesn't move much. 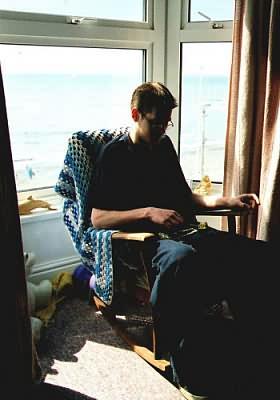 Pete, proving that Gaz doesn't have the monopoly on sloth. 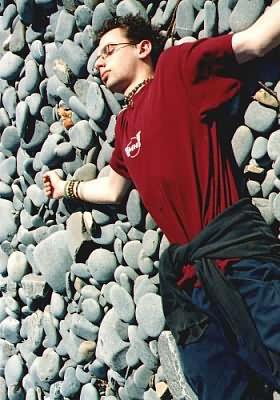 All photos here by kind provision of Lisa.